Beyond what I am, I meet a being who makes me laugh because he is headless, who fills me with anguish because he is made of innocence and crime. He holds a weapon of steel in his left hand, flames like a sacred heart in his right hand. He unites in one eruption birth and death. He is not a man. But he isn’t a god, either. He is not I, but he is more I than I: his belly is the labyrinth in which he himself goes astray, led me astray, and in which I find myself being he, that is, a monster. 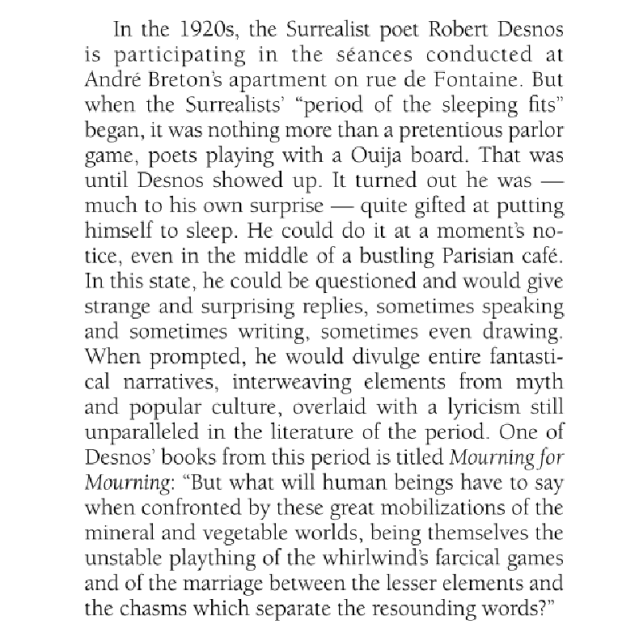 Once memories and dreams, the dead and ghosts, become technically reproducible, readers and writers non longer need the powers of hallucination. Our realm of the dead has withdrawn from the books in which it resided for so long. As Diodor of Sicily once wrote, “it is no longer only through writing that the dead remian in the memory of the living.”

The writer Balzac was already overcome by fear when faced with photography, as he confessed to NAdar, the great pioneer of photography. If (according to Balzac) the human body consists of many infinitely thin layers of “specters,” and if the human spirit cannot be creatred from nothingness, then the dageuerreotype must be a sniister trick; it fixes, that is, steals, one layer after the other, until nothing remains of the specters and the photographed body. Photo albums establish a realm of the dead infinitely more precise than Balzac’s competing literary enterprise, the Comédie humaine, could ever hope to create…

…A reproduction authenticated by the object itself is one of physical precision. It refers to the bodily real, which of necessity escapes all symbolic grids. Media always already provide the appearances of specters. For, according to Lacan, even the word “corpse” is a euphemism in reference to the real.

Accordingly, the invention of the morse alphabet in 1837 was promptly followed by the tapping specters of spiritistic seances sending their messages from the realm of the dead. Promptly as well, photographic plates – even and especially those taken with the camera shutter closed – furnished reproductions of ghosts or specters, whose black-and-white fuzziness only served to underscore the promise of resemblance. Finally, one of the ten applications Edison envisioned for his newly invented phonograph in the North American Review (1878) was to record “the last words of dying persons.” 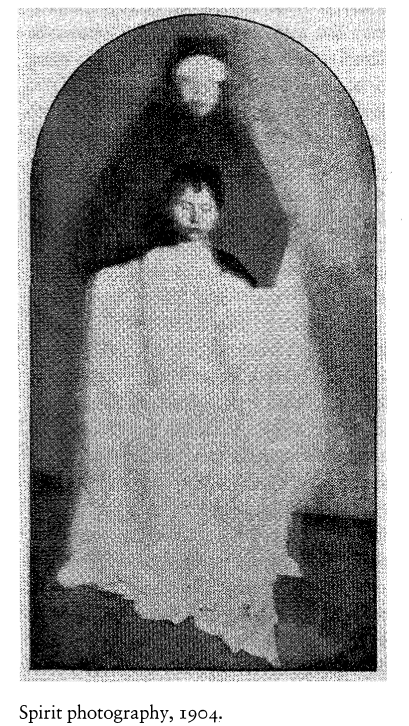